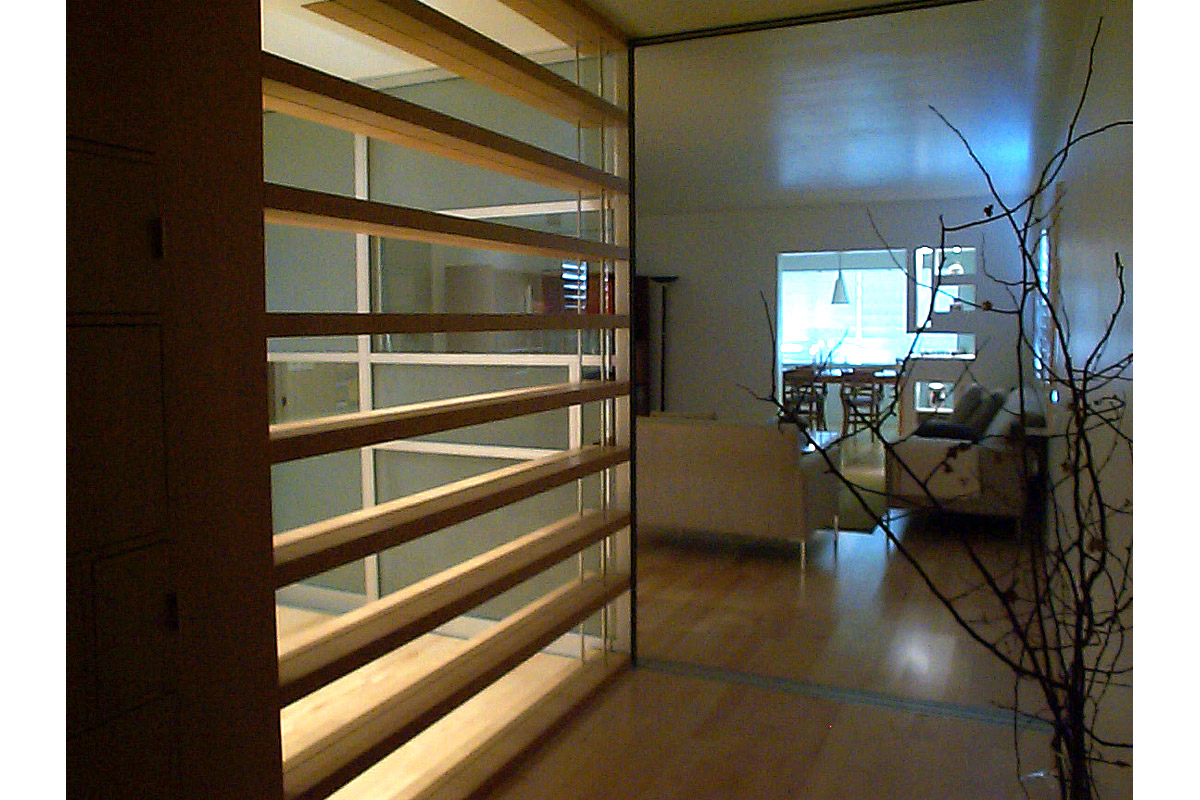 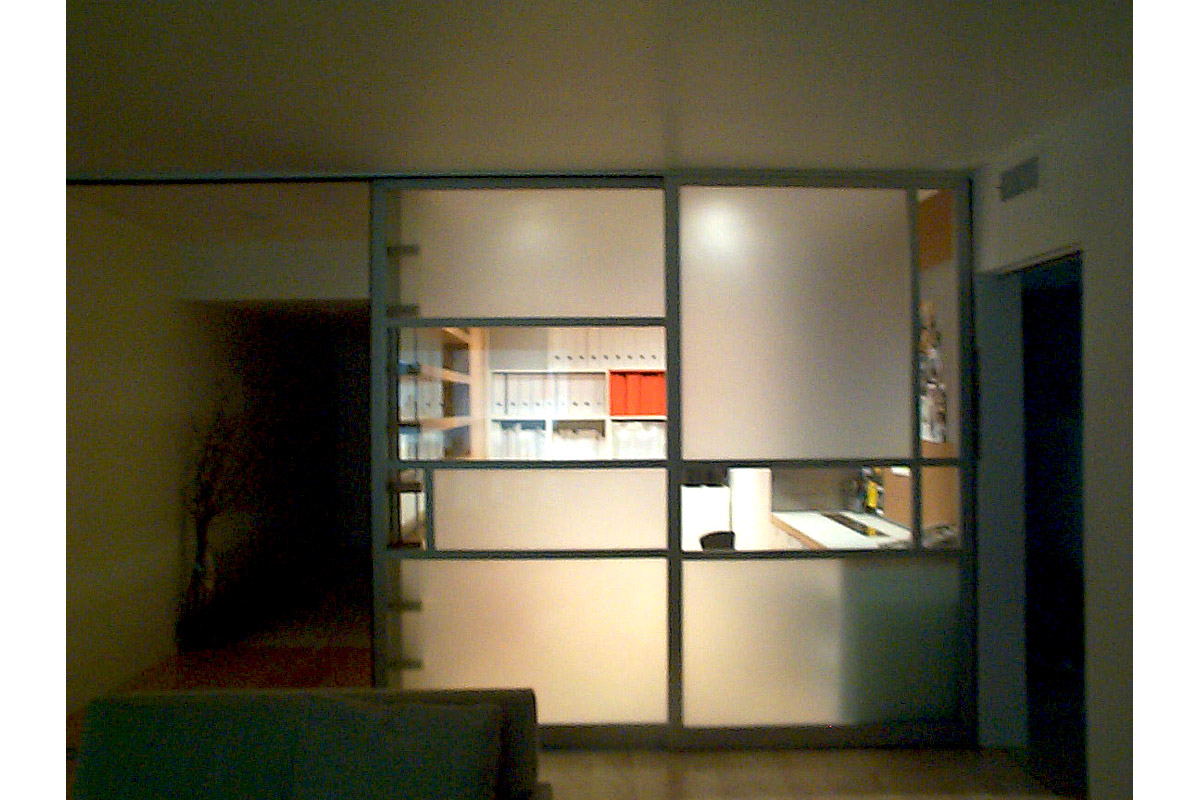 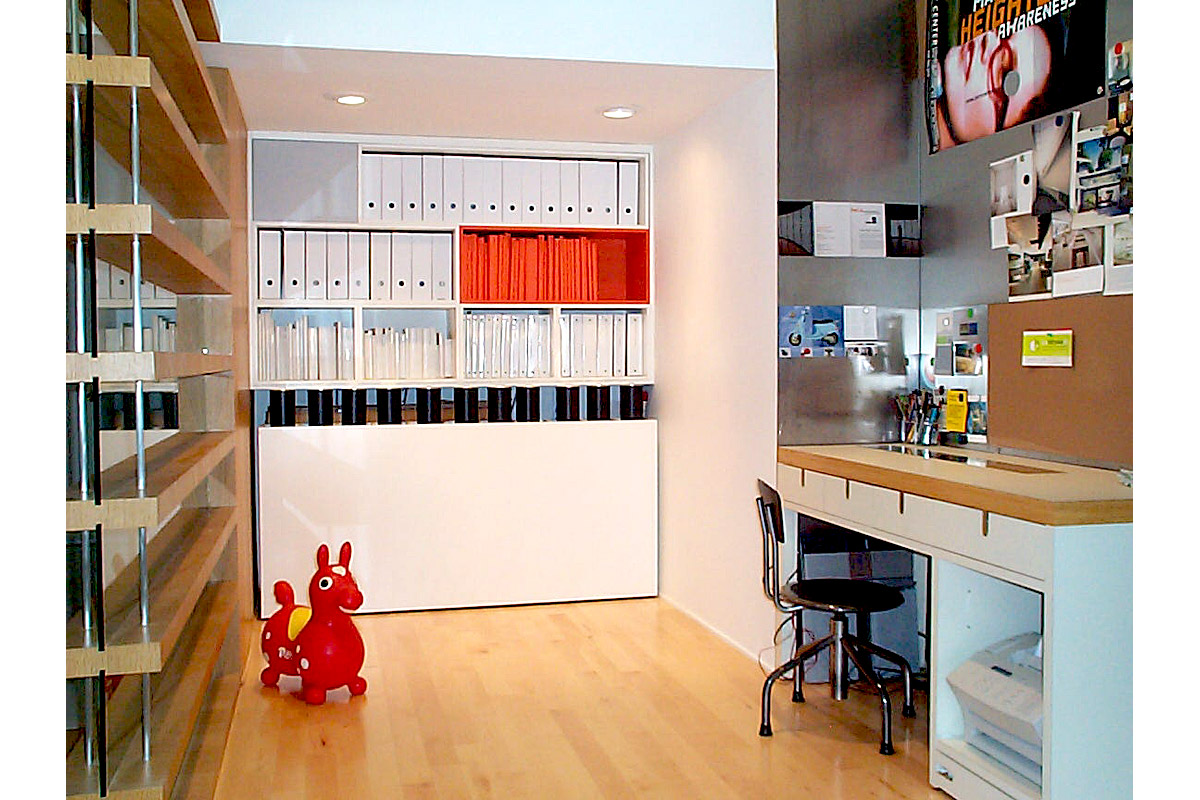 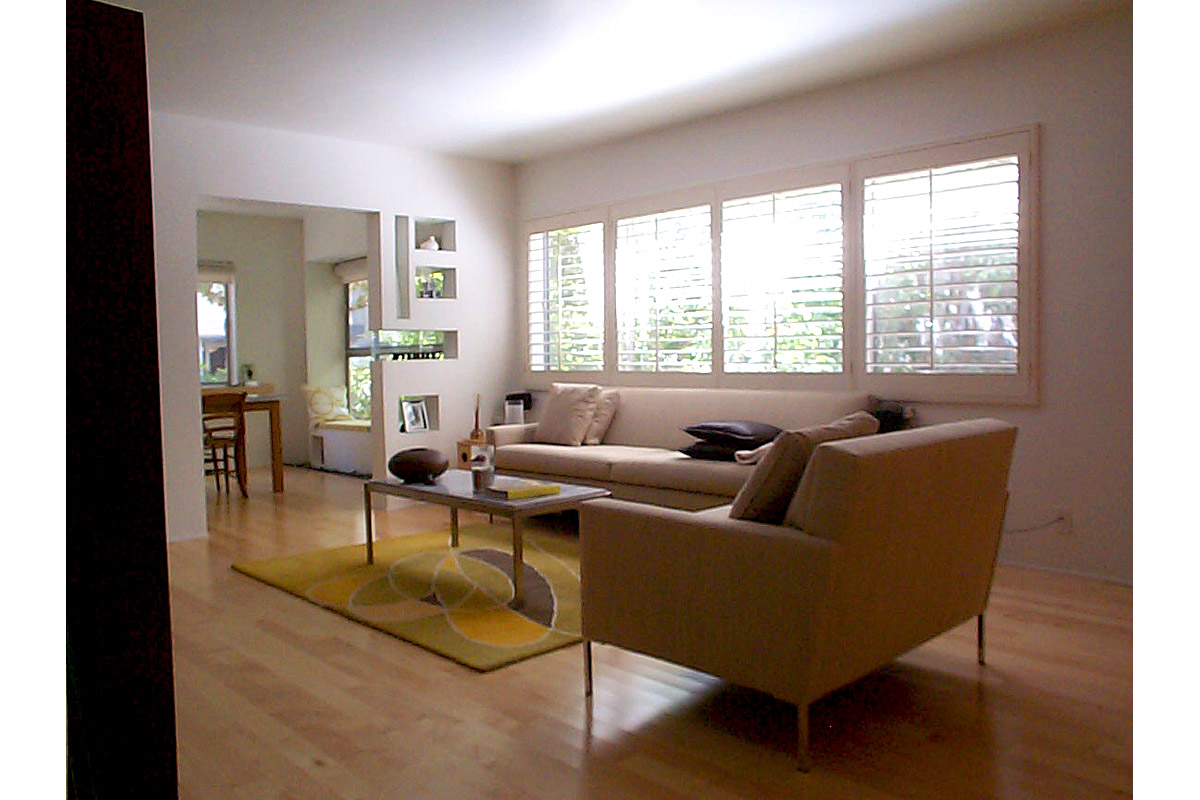 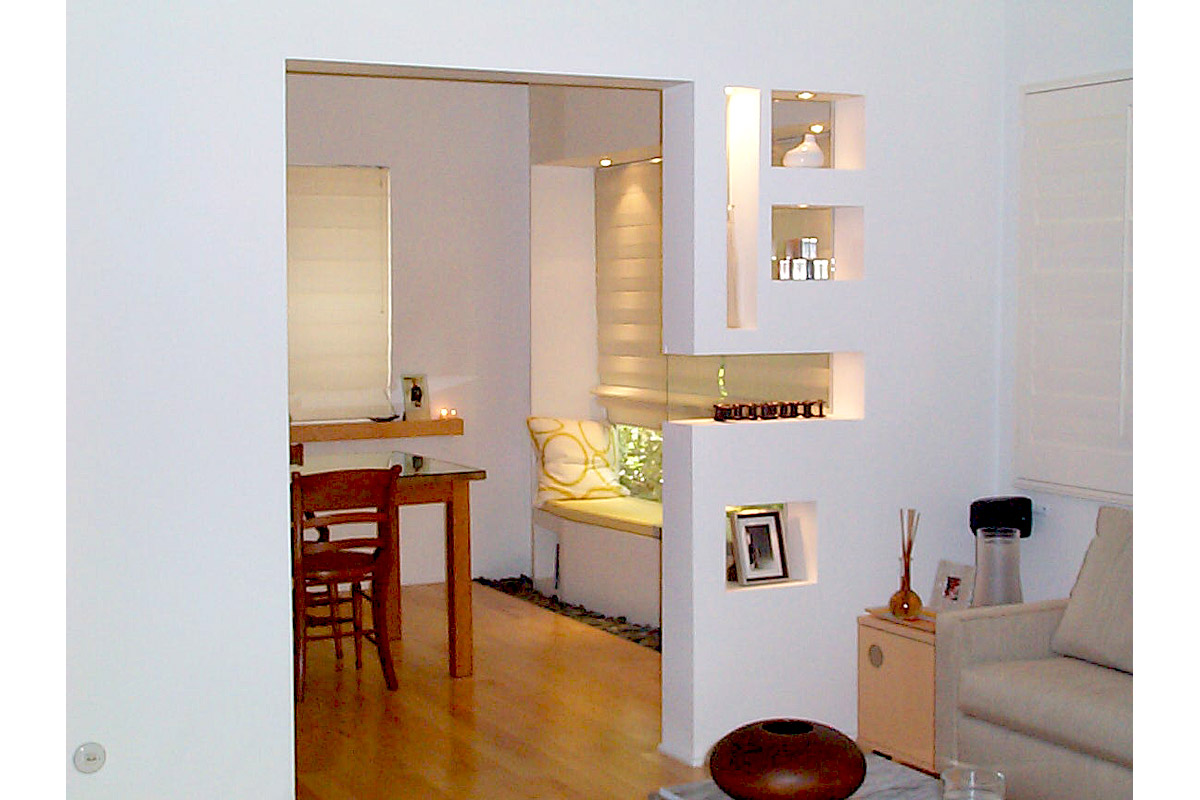 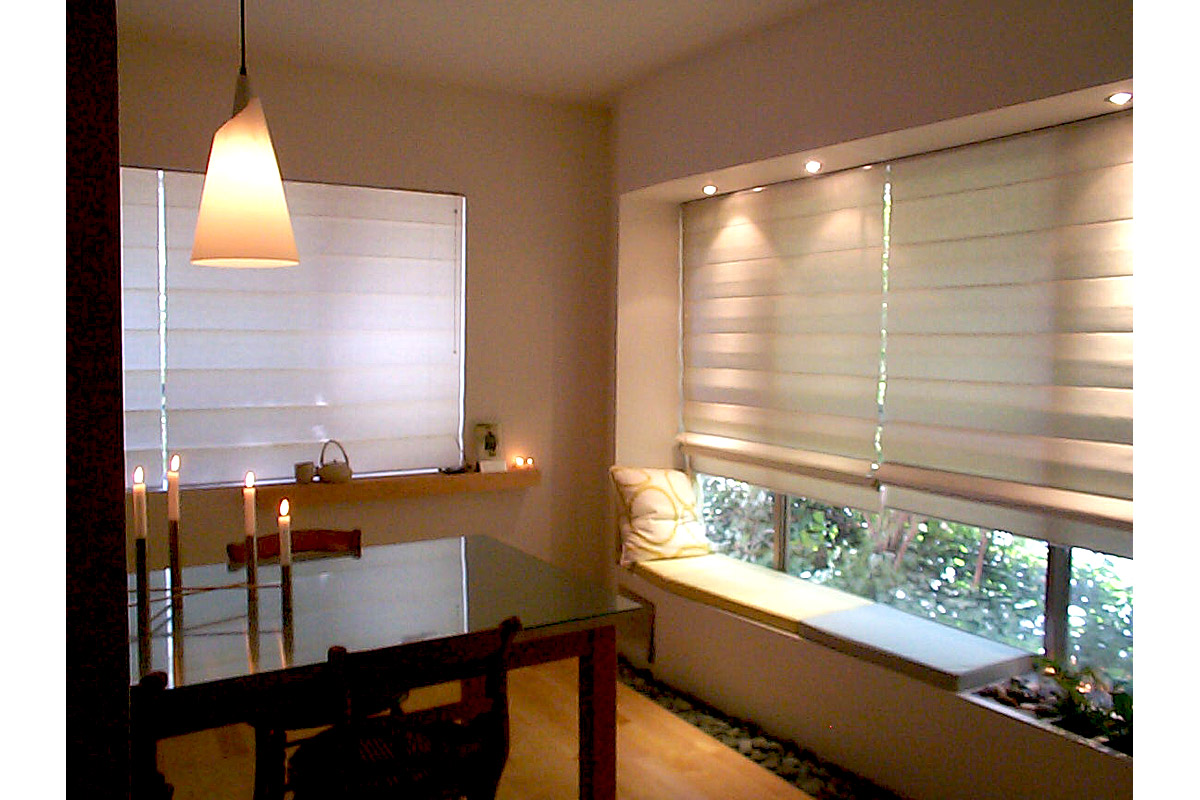 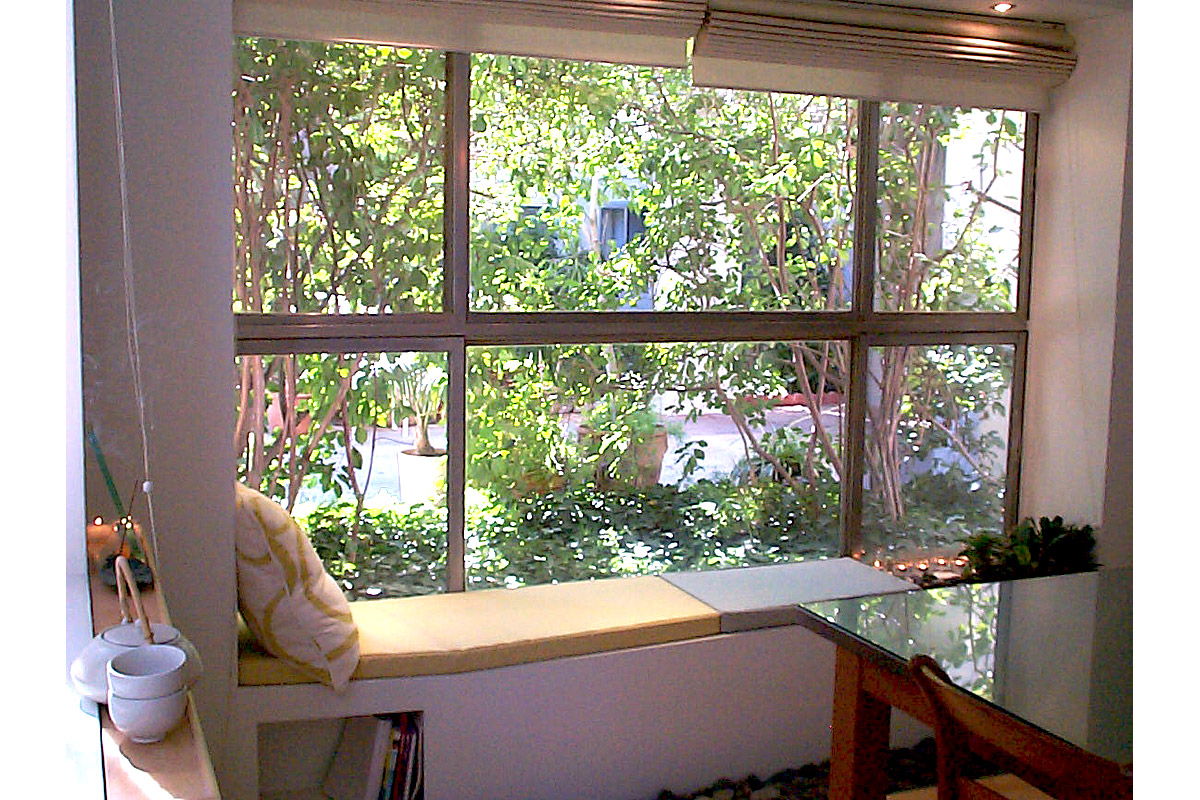 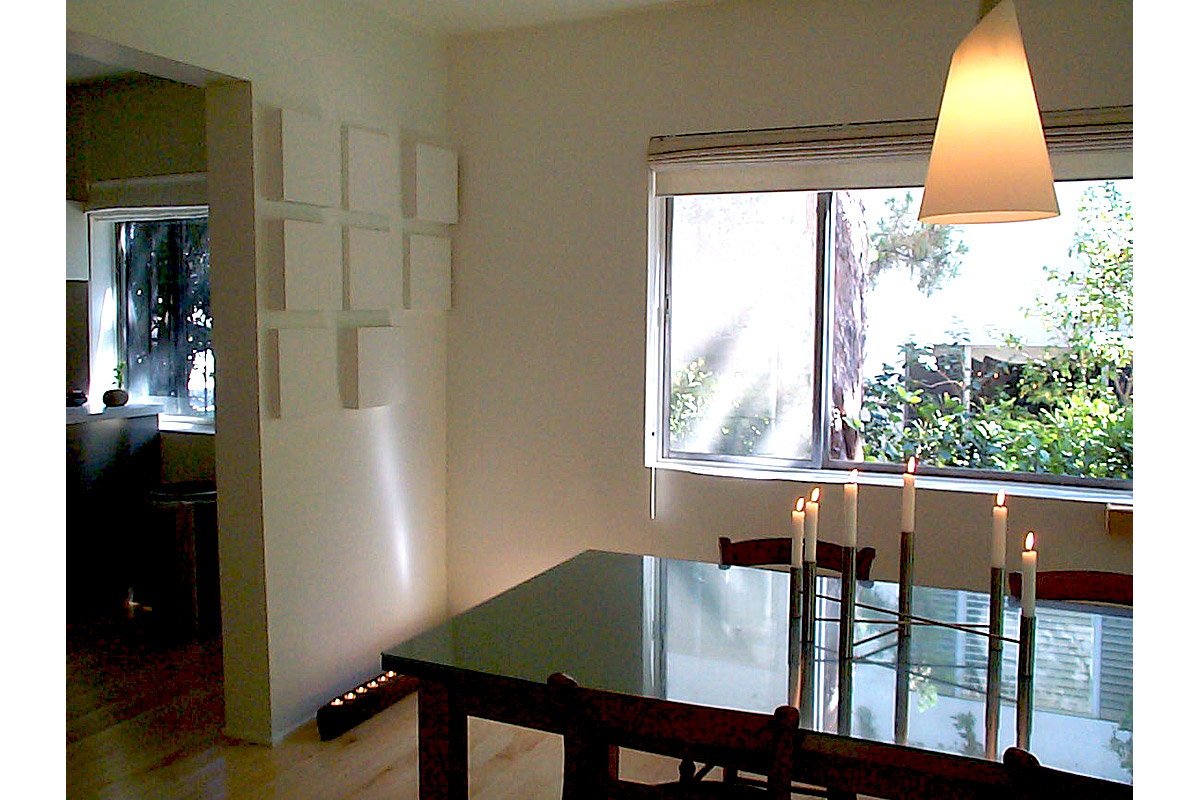 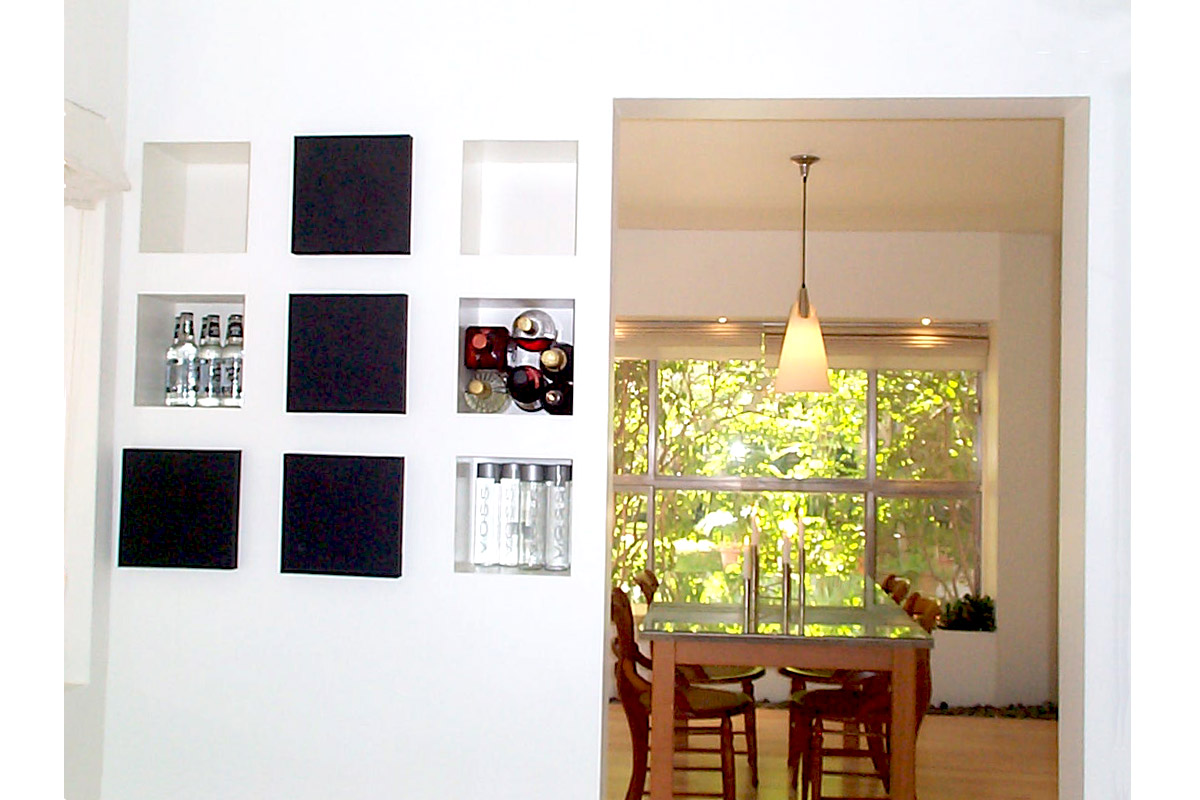 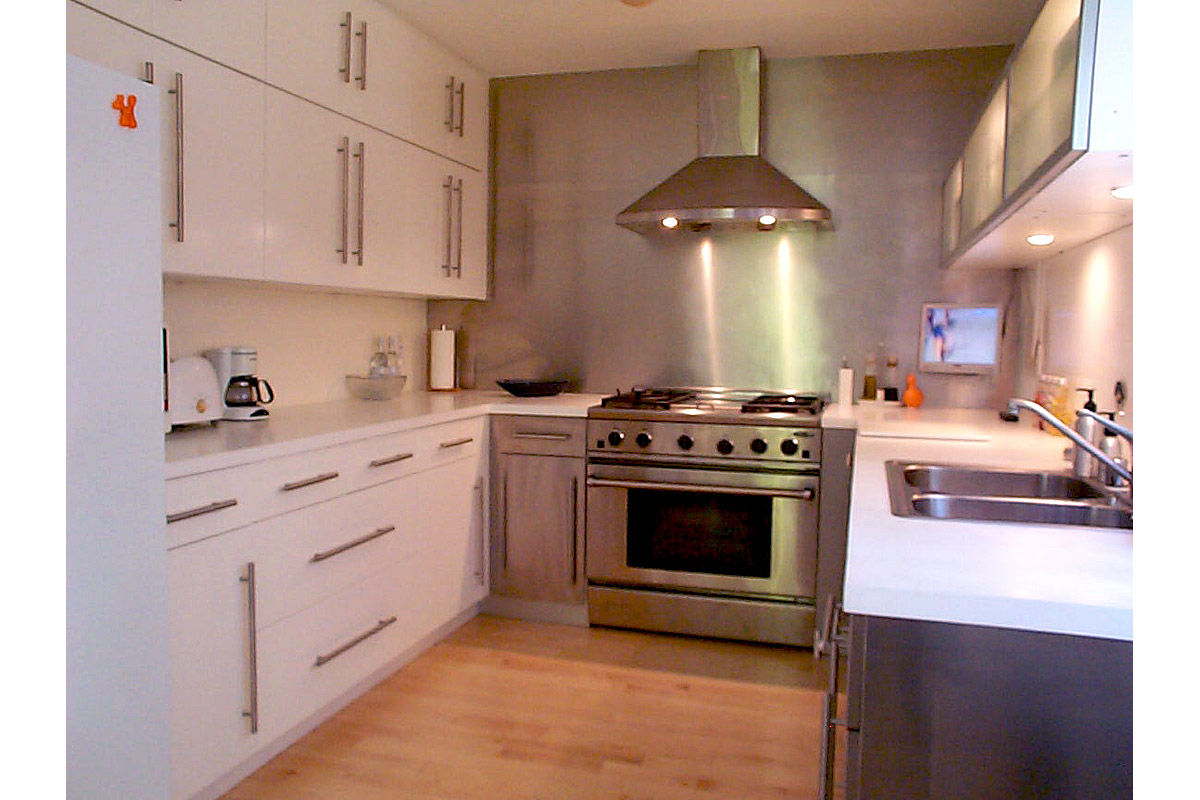 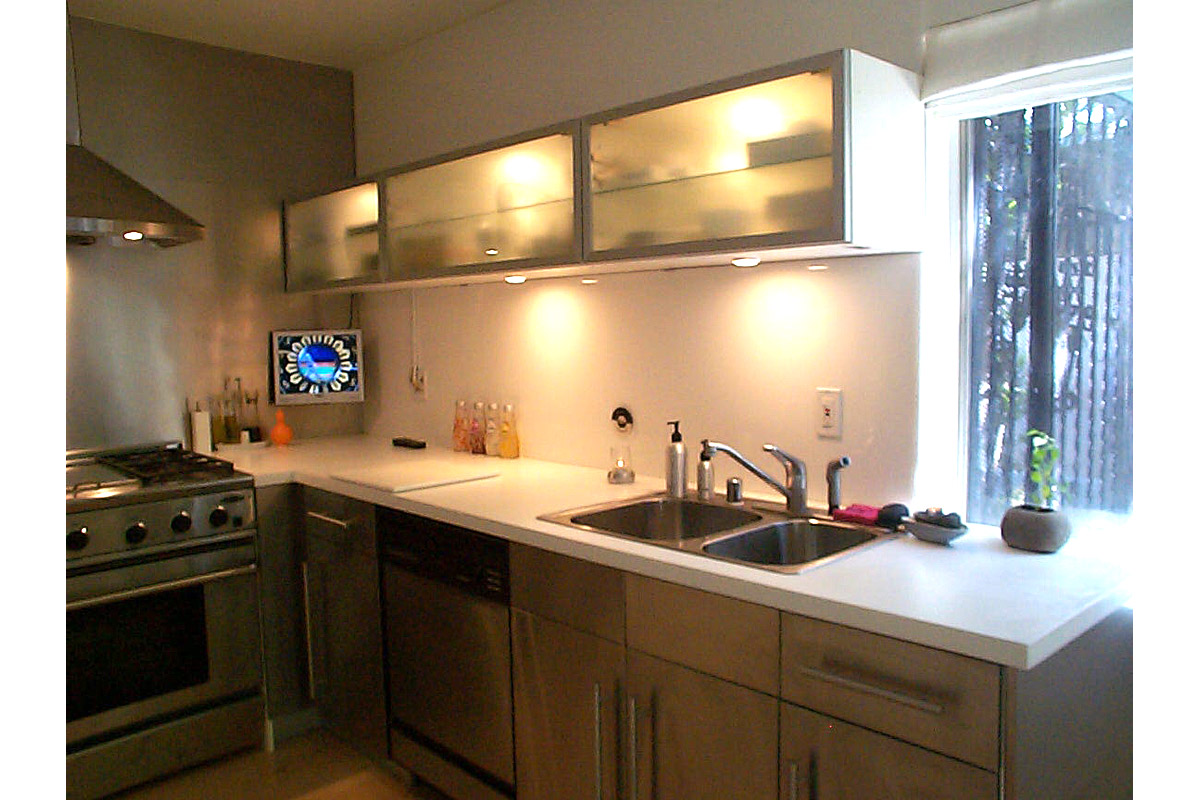 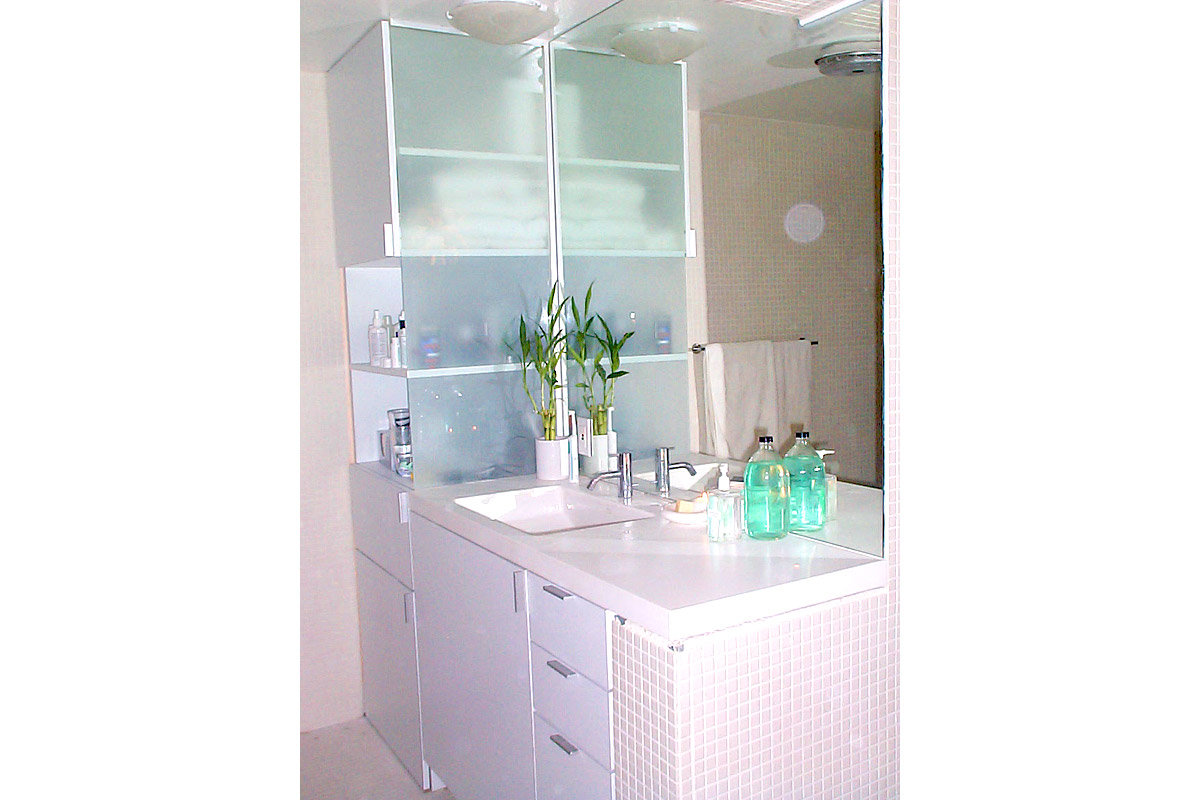 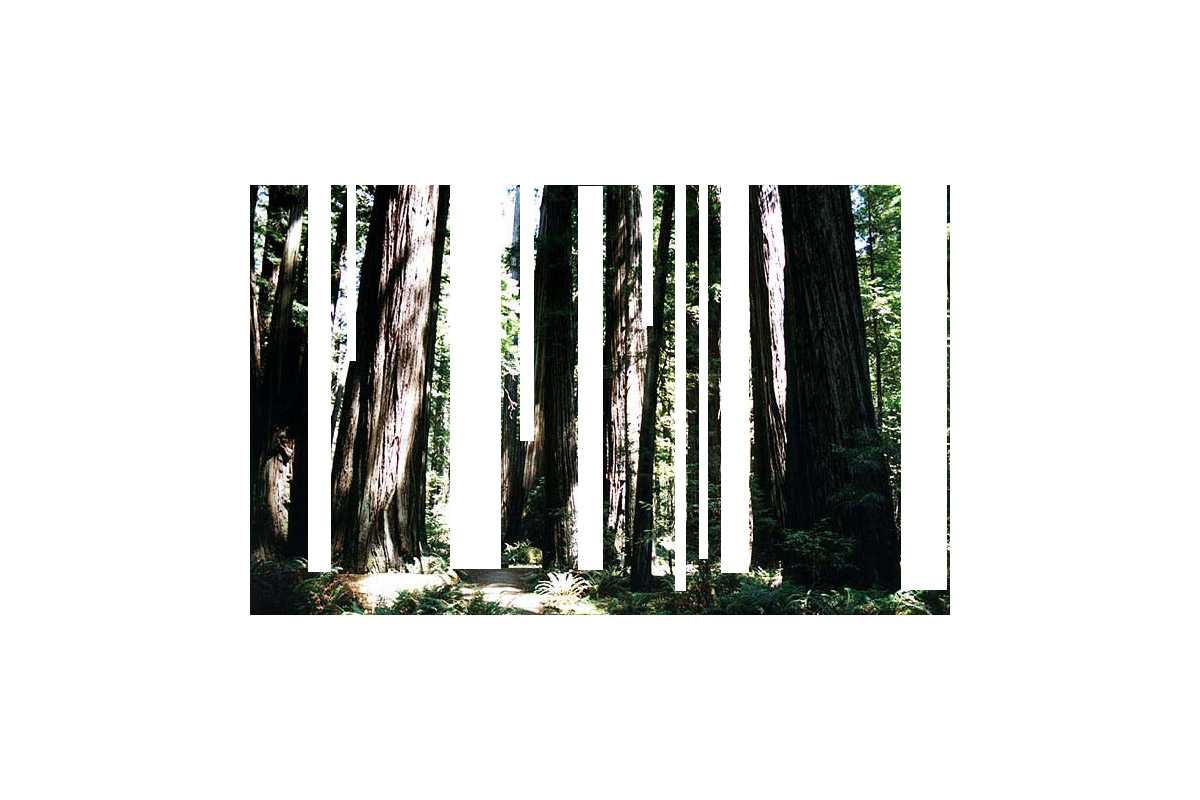 A narrow, uninspired condominium is transformed into a modern, multi-functional residence.

In a common post war low-rise condominium, the site is elongated and narrow in shape. The original interior has 3 bedrooms and 2 bathrooms in a typical layout. Due to the site conditions and the modest budget, Studio Functions is restricted from making interior structural modifications, and must leave most existing interior walls intact. We are also challenged by the idea of making spaces without adding a single square foot!

IN THE WILDERNESS... DANGER IS LURKING!

In the woods, it is clear that a dialog exists between physical and pictorial elements, and the reality of spatial separation is evident. We often suspect "what’s lurking in the woods", because our view is often obstructed and segmented by tree trunks. These voids offer sunlight, and the view of the distance becomes our security and connection to the world beyond... Let it be real or fantasy. This idea of layering and intersecting planes and views was further developed to become the conceptual idea for the remodel of this residential project.

The converted studio was formally a wet bar of limited utility. Studio Functions’ solution extends the front partition by reorganizing and merging the two existing planes. This design inherits the characteristics of the parallel planes, and through fragmentation and layering, the newly morphed partition of the existing wall emerges. It further developed into architectural louver strips and emerged as the physical division between two areas, while still retaining the visual connection between them. A physical connection is again reestablished when the glass inserts between the louvers are removed. The front facade also demonstrates the continuity of this system. It consists of two panels of custom-designed sliding doors, which create illuminated patterns of the applied translucency and transparency. The versatility and mobility of the sliding doors also provide different levels of separation between the studio and living spaces.